Boiling water from your kitchen tap? In 1970, it was quite an absurd idea, but now Quooker is conquering the world. This is what happened.

Quooker's story started in 1970. Rotterdam-born Henri Peteri worked for Unilever and was visiting the head office in London when he had an idea that would change his life for ever. It was during a presentation about instant soup. They showed how you could dissolve soup in boiling water in just five seconds. 'And to do that, you have to heat water for five minutes?' Peteri thought. 'That's stupid! Why can't we get boiling water from the mixer tap in our homes?!' When he got home, Peteri went down into his basement to develop a prototype of the first boiling-water tap in the world. It took a lot of time and money. But when the first model was made, Peteri sold it to friends and acquaintances who were very enthusiastic. Once people had used a Quooker, they couldn’t live without it.

When his son Niels finished his studies and joined his father, the idea became a product. In 1992, the first Quooker ('quick cooker') was introduced, the Quooker Basic. From the moment son Walter joined the company, Quooker gradually began to gain ground on the market. From 2000, things really started to take off. The boiling-water tap became a success in the Netherlands. In 2004, the first batch of Quookers was exported abroad.

Now, Quooker produces 300.000 Quookers a year, there are more than thousands of dealers, the turnover doubles every three years and we have factories in the Netherlands, Italy, Hongkong, Israel, Belgium, Denmark, Germany,  Austria, Norway, United Kingdom, United Arab Emirates, Sweden and Switzerland. This is the result of years of development, testing and technical innovation.
The Peteri brothers always aimed to produce the most sustainable, energy-efficient and high-quality product. Now they head an internationally successful company. But, continuing in the spirit of their late father, they are still innovating.

Niels Peteri: 'The fact that more people are embracing the Quooker as an indispensable tool in the modern kitchen is reflected in the sales, which are soaring. We're very proud of that. However, resting on their laurels is not an option. We want to keep innovating. For example, by developing our own production resources, which enables us to think up original solutions.'

Quooker is about to conquer the rest of the world. The ambition: to supply as many private kitchens as possible with boiling water, in a smart and responsible way. To achieve that, Quooker in Ridderkerk, Holland, has 300 people working on new technical ideas and design solutions to make the taps even more efficient, even easier to use and even more attractive. 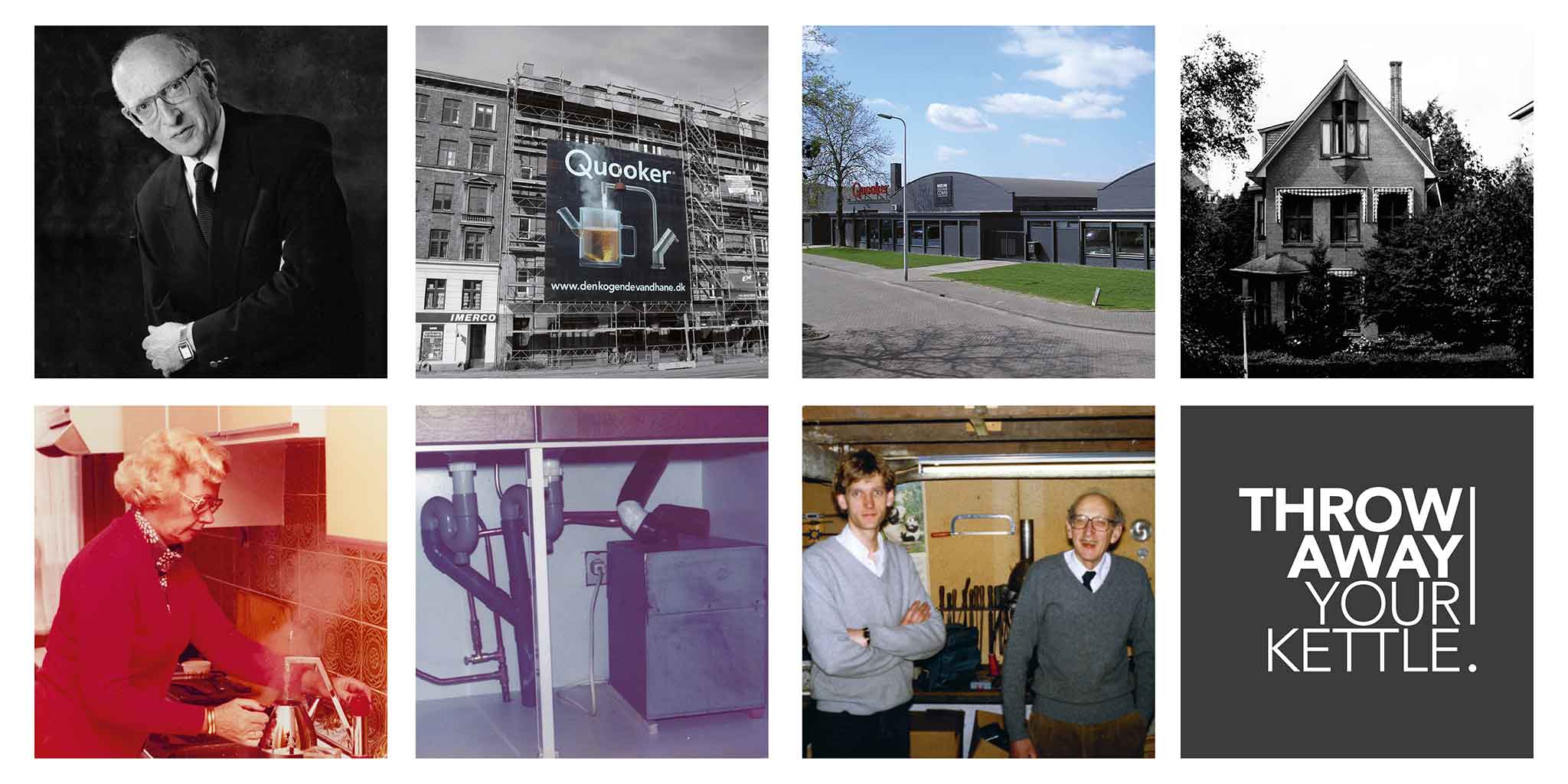 A story of innovation